Jobe 2015 Behind the photoshoot breakdown

25 november 2014
So here we are. The gusting winds caused by the annual Surf Expo in the United States have settled and all major companies have presented their 2015 collection of wakeboards, wakeskates and bindings in their brand new catalogues. As an end consumer you only get to see the “final result”. But there’s a lot more behind the catalo¬gue than you may think! We wanted to give the readers of Unleashed an exclusive insight in how our catalogue came to existence, including the development of the original catalogue idea, the photo-heavy style we’ve worked out in the 2015 Wake Park catalogue and the choice of photogra¬phers and locations.

The original idea:
When you look at the 2015 Jobe Wake Park guide you immediately feel the link it has with the internet. The guide has a stylish interface which has great si¬milarities with the navigation you find on your ave¬rage website. The guide is “2.0”, but why? Jobe Graphic designer Ivo Rietveld was looking for a way to really stand out with a paper catalogue when comparing it to the competition. Most catalogues are 100% focused on showing the new products as much as possible, which sometimes leads to forgetting the interest of the reader’ says Robbin Mazurel, crea¬tive marketeer of Jobe . ‘The online era we live in, where everybody is scrolling through thousands of Instagram photos to find the gems shot by high pro¬file photographers, Ivo felt the catalogue should be an extension of this. It should be something to scroll through and enjoy, a guide filled with killer photogra¬phy which people can enjoy looking at. A catalogue you want to collect and keep in safe to get inspired by every time you read it’

This vision of getting people to enjoy scrolling through the catalogue is very well executed. Going through the catalogue, you can find product pages filled for 90% with one large photo which could as well be the cover of a magazine. Saying that, the cover of this edition is in fact the photo of the Jobe Pitch product page, a completely new shape handcrafted by Jobe’s own product developer Niek Huiskes!

Picking the right photographer:
With making the catalogue so photo-heavy, it’s hard to pick a photo¬grapher you feel confident enough with to get the idea and fill it in the way the graphic designer has in mind. Ivo and Robbin discussed a lot about this and went through hundreds of magazines, catalogues and portfolios to come up with the perfect combination of high profile photography. Because two photo shoots were planned, one in France and one in America, we chose to go with well known and Wake Award winning photographer Chris Garrison and well known kite photographer Ydwer van der Heide. Both experienced in high speed action photography, they were up to the task to shoot game changing photos for the 2015 Jobe collection. And they sure delivered! ‘Having worked with both photographers, We can surely state these guys know exactly what they do and even more important: know how to catch the moment! These guys see stuff normal people can’t see and will blow you away with the innovative photos they take. They have their own vision of what a photo should look like and can be recognized in a second by their personal style.’

On the set:
Being on the set of a photo shoot is something you have to really ex¬perience to get an idea of the work and effort that is put into it. There’s a strict schedule that’s made to make sure all products and all riders are shot and because we’re shooting outdoors, a minor change in the weather can have major setbacks in the schedule. Riders have to ride all day long to get the perfect set of photos for their part in the cata¬logue which means injuries are a common thing on a set. Apart from this, riders have to be on top of their game at all times to really show their level of riding.

‘The photo shoot period was an insanely intense period of time in which we were praying everything would go according to plan. We made a realistic planning in which we had time for each individual rider to show their tricks and capture them in a way we were stoked to show in the 2015 catalogue. The only thing that could go wrong was the weather. And it did. Starting the photo shoot at the annual FISE in Montpellier, we captured great images of Julian Cohen riding all the way up to the finals and finishing in third place. Two shots of this are featured on the Home page and the product page of the Conflict. Having great weather we were confident the shoot at TNG in France would go the way we imagined it to be. Little did we know the next day was full of rain making the signature green water at TNG grey and boring. Because we planned the photo shoot really tight, we had to shoot anyway and photographer Ydwer came up with the idea to use the bad weather in our advantage with the use of multiple strobes. This shot eventually made the cover of the 2015 catalogue!

After this rainy day, we were blessed with several days of sunshine! Starting very early every morning we eventually had just enough time to round of the shoot one hour before the end of the trip. All shots were made for the European part of the guide and all Ivo had to do from now was cross his fingers for the USA shoot by Chris Garrison’. That’s the part where I started to feel the pressure a bit. I’m a per¬fectionist and am normally at every shoot to make sure the end result matches the idea we had in mind. For the USA shoot this wasn’t pos¬sible however. Giving such a task to Chris (in which I have great trust to do a perfect job), or any other pro photographer is always a bit scary because you don’t know what goes on in his mind during the actual shoot. Would the shots match the photos of Ydwer and would they fit in the catalogue? This was the question that kept me awake for a few days until Chris delivered the photos. Oh. My. God.’ ‘The shots Chris delivered are just straight out magic. Ivo and I chose Jibtopia to be our USA location because we wanted to show the mass the beauty of rail riding and in general 2.0 parks. Having Jobe riders as Yonel Cohen, Jon Dickey and Austin Hair who eat rails for breakfast made this even more beautiful. Nicknamed Flash Garrison, this guy knows exactly what he was doing and put out a photo series that ex¬ceeded my expectations. I couldn’t be happier with the result.’

The end result:
From original idea and being on the set, we’ve gone through the who¬le process of making the 2015 Jobe Wake Park catalogue come to life. The work that’s put in by our guys and the photographers we’ve worked with has paid out great and resulted in what we think one of the greatest wakeboarding guides up to date. Are you interested in the end result? Check out the online version here or get one at your local cable park next season! 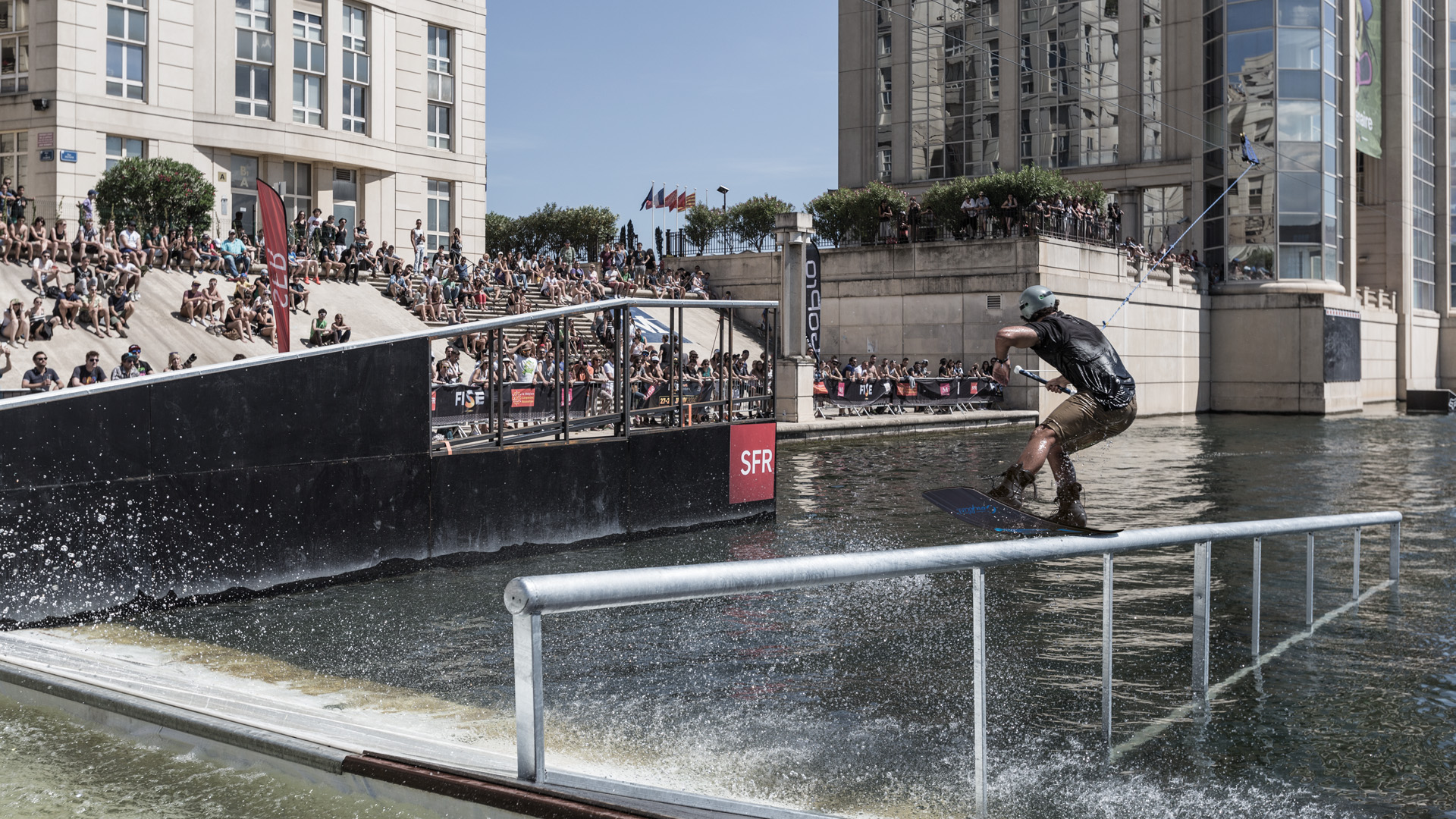