Succesful show in Lisbon for Jobe

25 febrero 2010
From the 3rd until the 7th of February official Jobe distributor Ski World Lda presented Jobe at the boatshow in Lisbon, Portugal.

The stand was visited by many interested people who bought a Jobe product or took the Jobe catalogue.

You can find more information about Ski World Lda or the boatshow at the following website: www.skiworld.pt

We thank Ski World Lda for their efforts at the show and wish them a successful season! 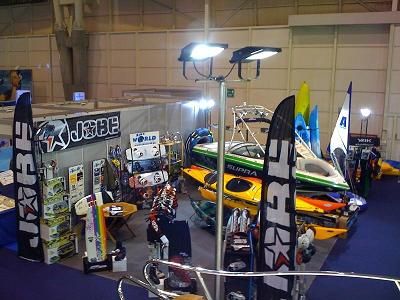