25 mayo 2018
The sky was blue, the sun was out and the turquoise water welcomed our Jobe riders at the IWWF Jordan Ayla Cable Wakeboard World Cup 2018. The IWWF Jordan Ayla Cable Wakeboard World Cup 2018 took place from May 7th until May 12th. The IWWF World cup was the ultimate platform for our Jobe riders to prove themselves and get recognized in front of the watersports biggest audiences. For our riders Ariano Blanik, Dominik Gührs, Sam de Haan, Maxine Sapulette, Steph Caller and Candice Boisson the perfect opportunity to display their skills and show the world what they are capable of. German champion Ariano Blanik took first place, while fellow Jobe rider Dominik Gührs took second place. In the women’s division Maxine Sapulette took home a bronze medal. 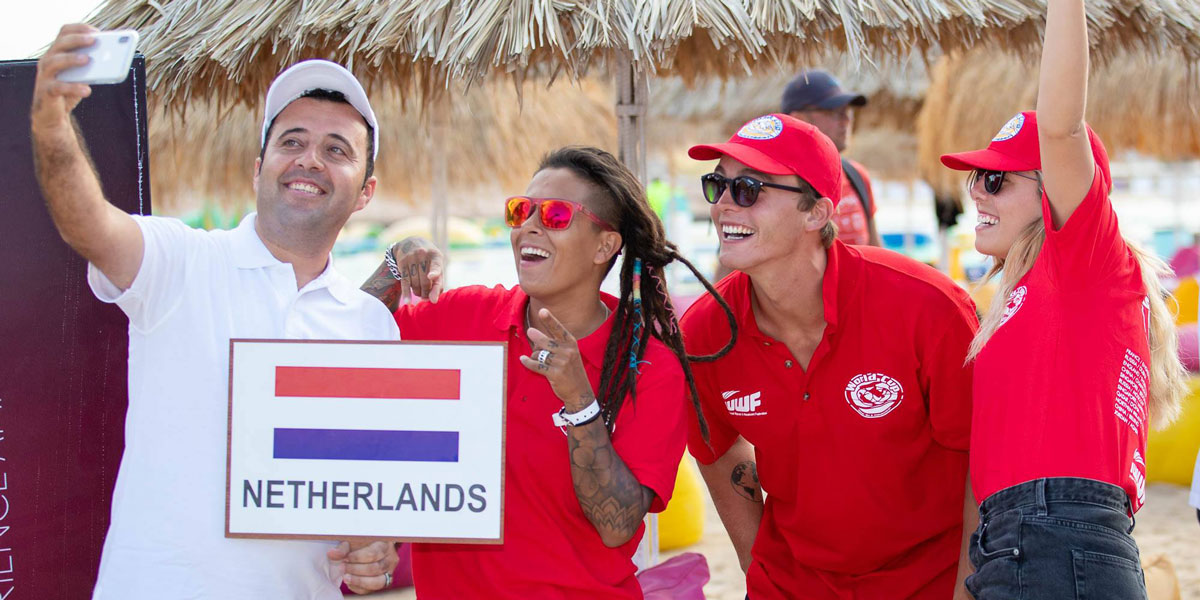 Semi-Finals
At the Ayla Cable Wake Park in Aqaba, Jordan, the conditions were once again ideal, for the final day of the 48th IWWF World Cup stop. During the semi-finals and finals, the participants offered wakeboarding enthusiasts stellar display of athletic ability and because of that, the competition reached its peak. Our male athletes were split into semi-final groups in which they competed for eight places in the final. Only four from each group advanced to the final. Sam de Haan performed in the first semi-final and improved on his first-round score to secure his place in the final. Ariano Blanik was first off the dock in the second semi-final and set a difficult score to beat with a Pete Rose 540 and a score of 70.00. Several contenders improved on their first round scores, but not efficiently to threaten Ariano Blanik and Dominik Gührs. Both of them advanced into the finals. 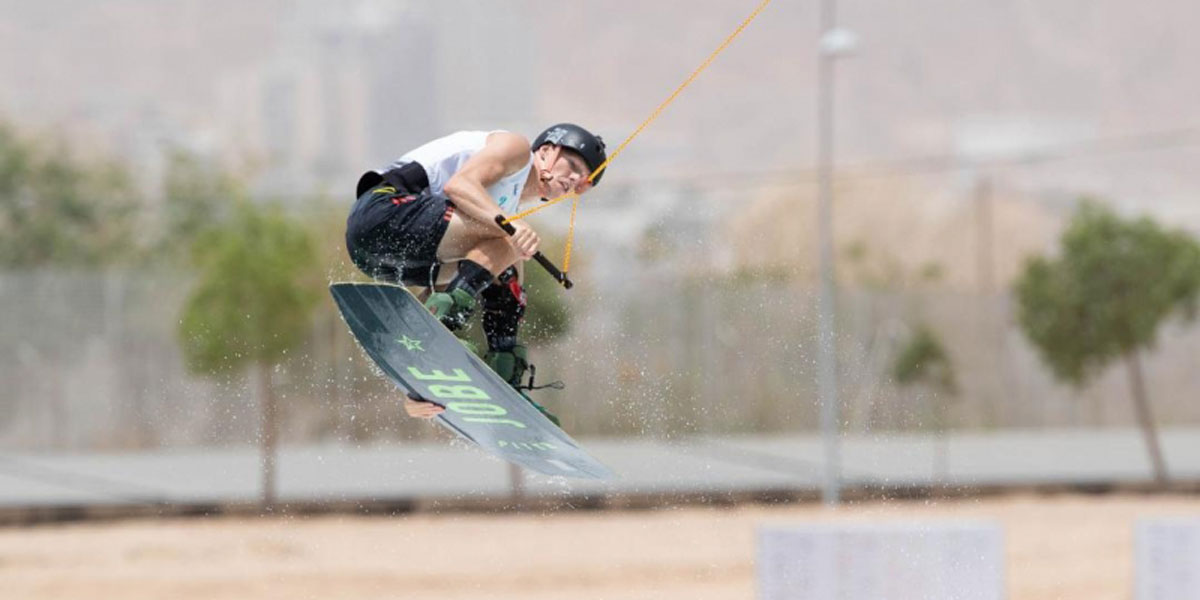 Finals
During the Women’s open final, Dutch Jobe rider Maxine Sapulette finished 3rd on the podium.
In the men’s finales, Dominik Gührs had a great ride which included a Backside 720, a big air KGB and a 315. Shortly after, Ariano Blanik blew everyone away by opening up his heat with a toe side backside 900 and landing a Double Half Cab Roll (link video), which put him in first place. Ariano Blanik’s great run put Dominik Gührs in second place but both two Jobe rides and fellow countrymen took a gold and silver medal home respectively. 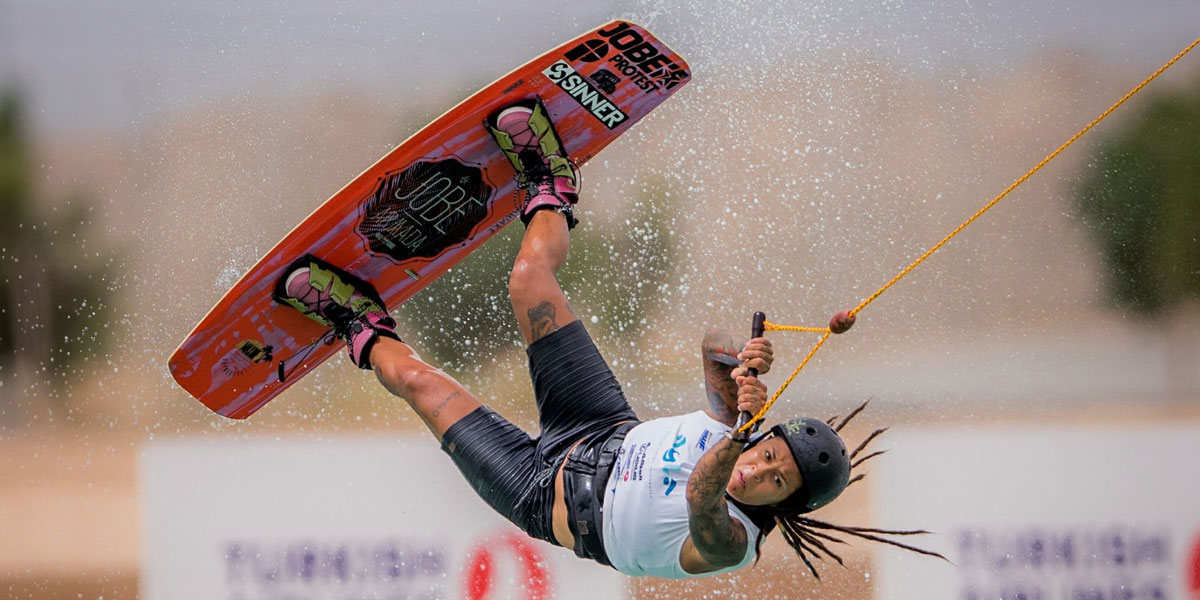 In this video you can see all the highlights and the best world cup moments to relive the IWWF World Cup. 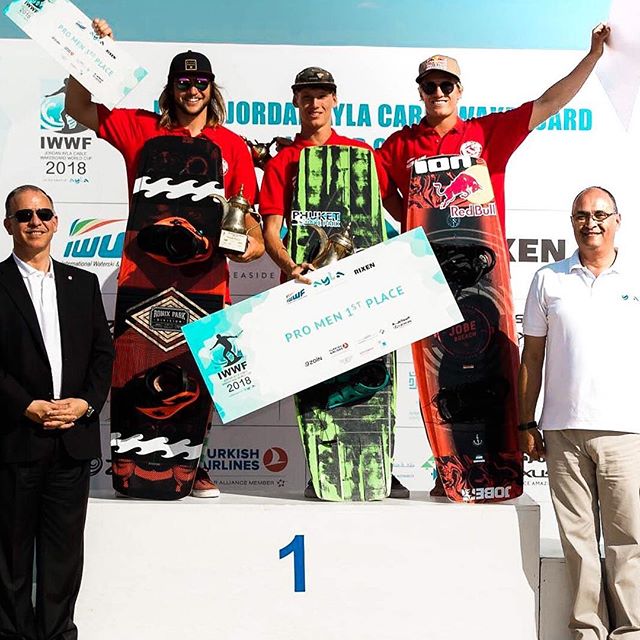 Ariano Blanik (GER, middle) has performed the most dominant heat of the IWWF World Cup and took the first spot on the podium. Alongside him his fellow countryman and Jobe rider Dominik Gührs (GER, right) celebrated his silver medal.

Plastic Playground
Now the dust of the IWWF World Cup is settling, new challenges arise. The athletes do not have a lot of time to recuperate and prepare for the next big competition; Plastic Playground. Plastic Playground will host the Plastic Playground World Series at Liquid Leasure in London, from July 12th until July 14th. The world series are a combination off the all-time greatest male and female wake park riders from all over the world. The Jobe riders are excited and are getting ready for the next big challenge in their careers. Ariano Blanik, Dominik Gührs, Sam de Haan, Kallum Wilson, John Dreiling, Matty Munchy, Maxine Sapulette and child prodigy Loïc Deschaux will participate. Now the IWWF World Cup has ended, this is the event they have been waiting for. We are stoked, are you?