3 september 2015
It is that time of the year again for every respectable water sports brand to show what they are made off. The Surf Expo in Orlando, Florida, is the place you want to be if you are into anything water sports related. From September 10-12 it is the place where new collections and products are being shown and it is the place to get a sneak peak in 2016. Jobe is also there again to show you their brand new 2016 Wakepark collection.

For this edition, Jobe has a booth for the 2016 wakepark collection: 345. Jobe promises their booths contain lots of interaction and fun activities. But most important, Jobe will show the 2016 wakepark collection! This includes the new boards, including new models like the Breach, Concord and Arcadia. And as if that wasn’t enough, the Jobe EVO bindings will also be shown at the Surf Expo.

Jobe is also present at the Surf Expo Demo Day. During this day you can test the new Jobe EVO binding, an opportunity you can’t miss. So if you plan to visit Surf Expo, make sure to look for Jobe! 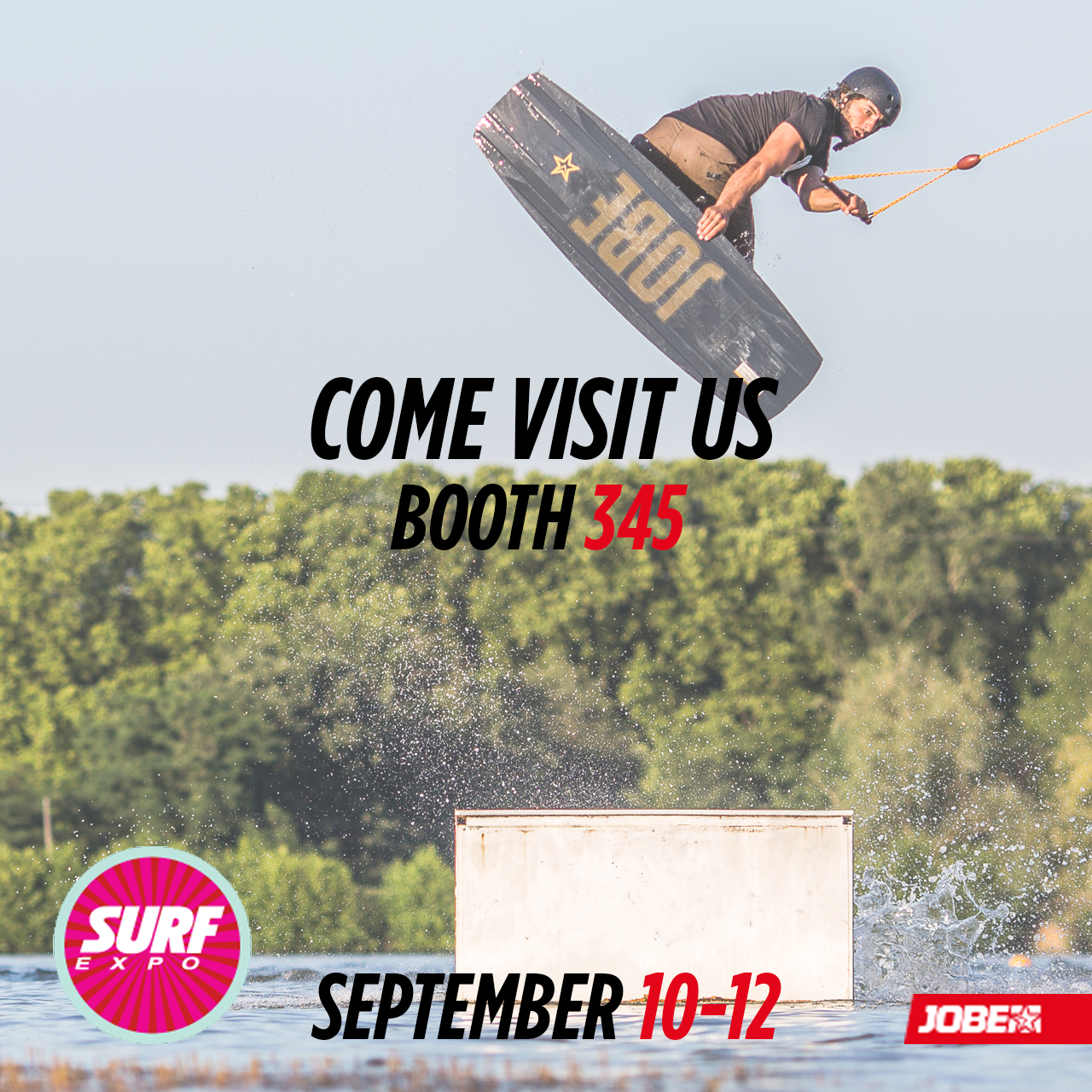