15 september 2014
On the 13th and 14th of September the Lotto Dutch Championship Waterski & Handi was held in Handel, the Netherlands. Jobe is proud that both employees and skiers Sven Kraakman, Freek School and Jelle Slot took the stage multiple times. Sven Kraakman, product developer at Jobe, took first place in overall seniors category. Freek School, sales representative for Germany at Jobe, managed to take first place jump with a massive 48,20 m which ranked him on the overall first place. Last but not least Jobe athlete Jelle Slot took first place jump under 21. As you can see an impressive performances by our guys!

An overview of all races is found below: 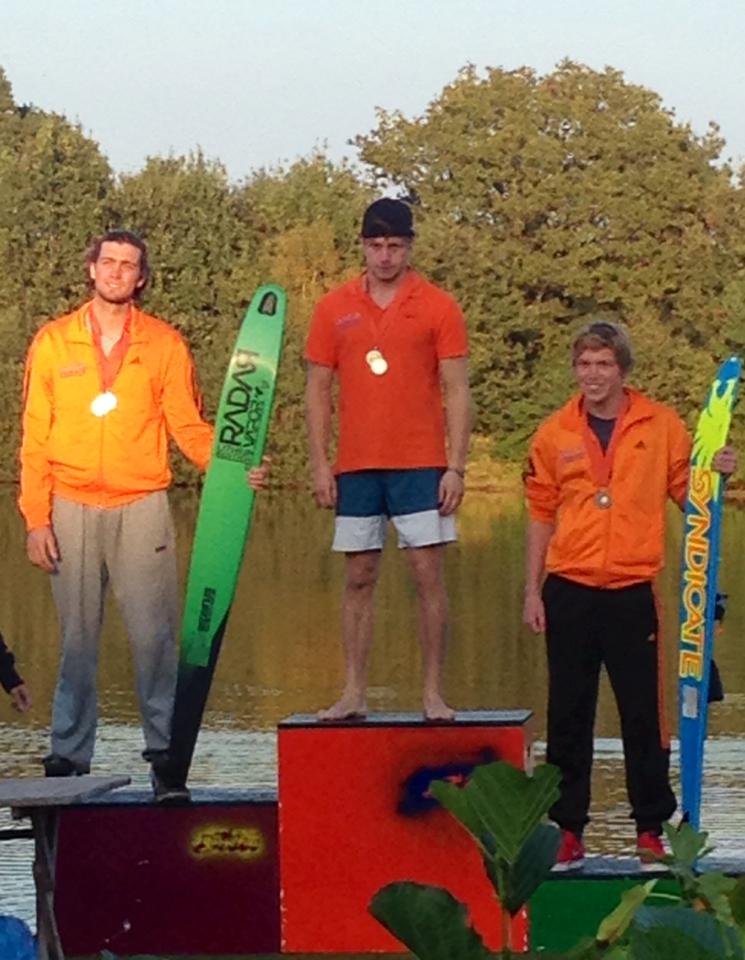