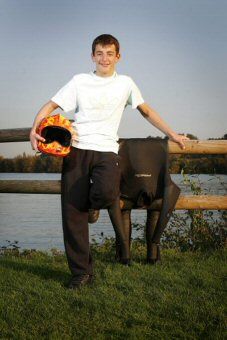 Jack Moule, our 15 year old sponsored Freestyle Jetski Champion has done it again and just won The British Open Winter Jetski Freestyle Championship 2010. Jack had to ride through 3 cold Winter rounds at various lakes in the UK to be crowned Champ. Jack has now won 2 National Championships and 2 British Championships at the young age of 15. Jack is now looking forward to completion of his new more powerful Jetski so that he can learn even more amazing tricks and compete at even higher levels and get ready for the World Finals in Lake Havasu, America later on this year.