Jobe: Good afternoon Declan, how are things in the UK today? 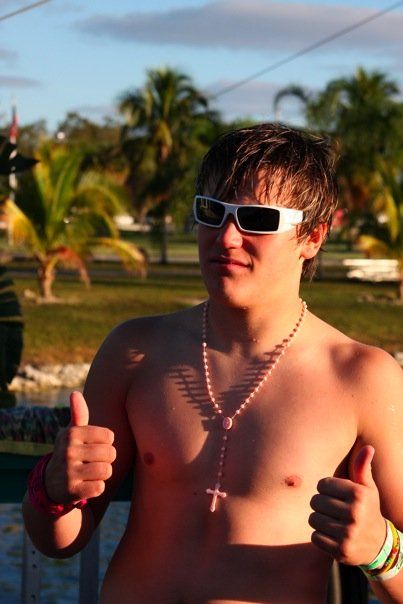 DC: Hey Yer, things are good here in the UK. I still ride as much as
I can but it’s getting cold. I think it’s time to get away and go into
some sun.

Jobe: Any particular took place lately you want to inform us about?
DC: I won ten pounds on a scratch card ha ha, and became the
KING OF CABLE 2010 at Princes Club in London.

Jobe: Haha, huge jackpot men! For how long have you been a rider?
DC: I have been riding since I was about 13, so 5 years I guess.
I can't remember the time I didn't ride.

Jobe: How did you start out?
DC: My step brother who is a few years older than me had a boat and we used to knee board and ski behind it. My mum brought us a wakeboard to share, a metamar with bindings for £169. We didn't know anyone who practiced wakeboarding. After a while my brother sold his boat, so we headed to WakeMK Cable. I was hooked from the beginning!
I don't think there has been a weekend that I haven't been on the
water since.

Jobe: Nice to hear men! Are you studying, working or fully
focussed on your wakeboard career?
DC: I am focusing on my wakeboarding the most but do a
little bit of work to save for competitions, training and general
messing around a.k.a (partying).

Jobe: Enjoying your live! You did an action photoshoot with
Jobe for the new catalogue a couple of months ago tell us
about that.
DC: Oh that was fun, its always good to hang out with the rest
of the Jobe team. The cable was awesome and also had a flow
rider - we had a lot of fun on that. We got some great shots for the
new catalogue, had a good time and got to try out all the new 2011
gear. I really enjoyed our visit to Jobe HQ too. It was good to see
what happens there and meet all the people behind the scenes
at Jobe and put

faces to names. We had a really great time.

Jobe: Just curious, what is your favourite trick?
DC: I have lots of tricks I love to do but the funnest has to be double S bend to blind.
It feels so good because it’s a big and a hard trick to do.

Jobe: Do not know if it’s much clearer, but nice try ;p! Are you
a naturally competitive person who trives on contests, or do you
see the events as more of a way of travelling and getting to see
everybody?
DC: Both! I am a competitive person and want to do my best at everything.
Moreover, on competitions and events we usually just have a good time and encourage one another. I do enjoy travelling, and wakeboarding has taken me to many places in the world. I also met some really great people along the way, which is nice to!

Jobe: Can you even remember the first time on a wakeboard?
DC: I guess it was on the shared board that I had with my step
brother behind his boat. I got up straight away but didn't know any
tricks. We just went round, ha ha.

Jobe: You have to start somewhere ;). A whole other thing, you
are in de Jobe / Jstar wakeboard team for a while now, did you
make any good friends within this team?
DC: Yes, this will be my third year within the Jobe / Jstar team.
Oscar has been great. I really enjoy riding with the team and we
always have a lot of fun. CK looks out for me a lot and pushes
me to ride harder. Top Lad!

Jobe: What is your current set-up? 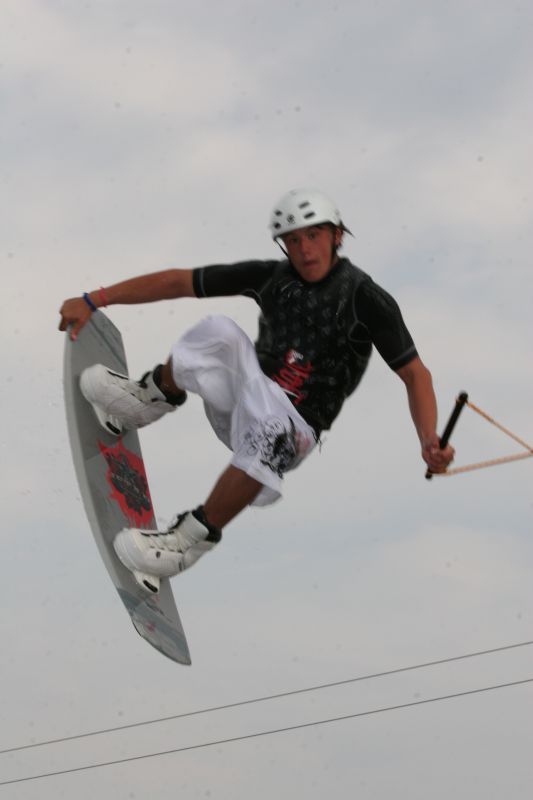 DC: I am riding a BRIGADE 141 with LIDBERG bindings. (yummy)
Such a sick set up love it.

Pick one and tell us why:

Single or Girlfriend: not sure yet still trying it out LOL. However,
if having a girlfriend gets in the way of riding then I'm single all the way.

Cable or boat : I am a born and breed cable rider. I like boat but
nothing beats riding the cable all day trying new tricks with friends.

School or work: School because I like messing around with my friends (and learning of course haha).

Summer or winter: I like both because in summer I can enjoy the
competitions, sun and lots of riding. However, I also like winter
because I go to hot places, meet lots of new people and get to see
the world.

Friends or family: I love them both but friends come and go,
family is for life :)