30 juni 2010
Earlier this season Jobe and Jstar launched the Max Pro Serie 2010. This serie consists of a Jobe vest and a Jstar wakeboard and is co-designed by worlds best cable wakeboarder Maxine Sapulette. 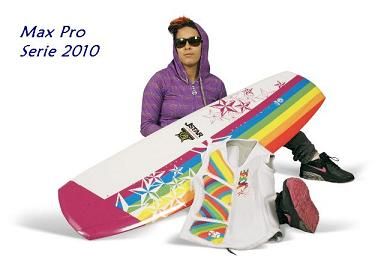