25 septembre 2014
Last week Paul commentated for the third year in a row at the Dutch National Wakeboard Championships. But that wasn’t his only reason for a trip to the Netherlands. He also got an invitation to the Jobe HQ, where he got to see the office, meet everyone, take a look at the new gear and as a surprise, the news that we liked him to be a part of the International team.
Paul signed the same day, oh yes it’s official! Paul Johnston is the newest member of the Jobe International Wakeboard boating team. Paul or PJ is Irish but spends most of his time in sunny Spain where he coaches and trains at Xtreme-Gene. About a year ago Paul became a part of the Local Hero team as he participated in many competitions. We’re stoked to see that Paul has shown and will continue to show huge support and great commitment to Jobe. Paul can’t wait to help out with development and represent Jobe to the fullest and he’s not the only one looking forward! 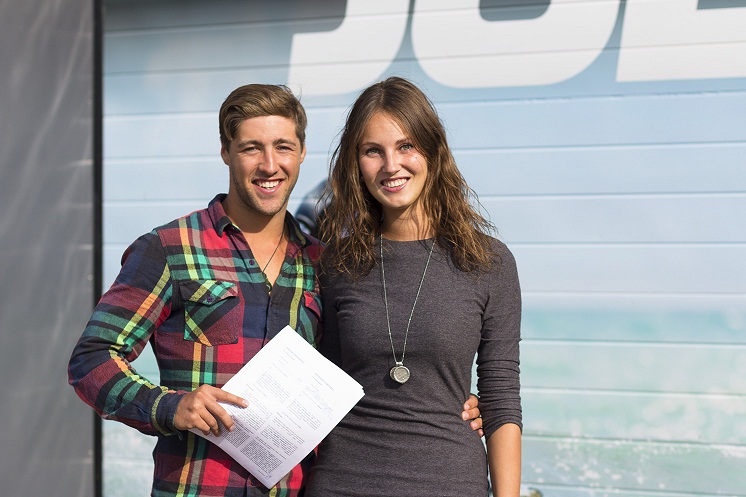