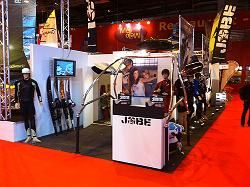 Upcoming water sports trade fairs
As the trade fair season is in full swing the next trade fairs where Jobe Sports International will be present are already around the corner. Jobe Sports International will for example be present with an own stand at the ‘London Boat Show’ (England) and ‘Boot Düsseldorf’ (Germany). The ‘London Boat Show’ is from 7 January until 16 January. ‘Boot Düsseldorf’ will be from 22 January until 30 January.

Two perfect opportunities to visit the Jobe Sports International stand and check out the new Jobe collection. Anyway we are looking forward to receiving you there.