20 january 2011
In the past few months the Jobe Hilarious Blooper Contest took place. This competition offered people the opportunity to send in their ultimate water sports moment. Off course this was rewarded with a great prize: choosing €300 worth of Jobe products from the 2011 collection.

The competition has been a great success and Jobe has received many hilarious water sports blooper pictures and videos from all over the world. 31 December was the deadline for sending in your own blooper. It is therefore no longer possible to upload bloopers any more.

Because of the huge amount of bloopers that were sent in, Jobe has had extreme difficulties choosing a winner. After a lot of blood, sweat and tears we have been able to choose a winner eventually.

The winner of the Jobe Hilarious Blooper Contest is Giuliano Coman from Romania. He sent in a picture of a person who was literally sandwiched on the water.

Check out the result: 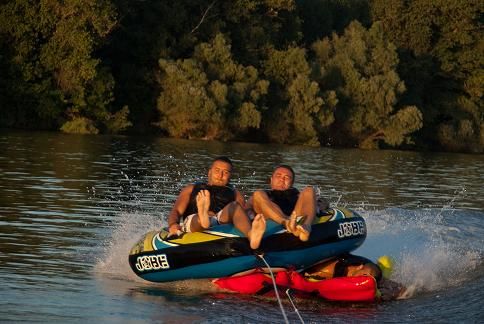 All sent in bloopers will be mounted into a video; The Jobe Hilarious Blooper Contest Movie. This video will be placed on Youtube amongst other places. It will take some time before the video is completely mounted but we will let you know the minute it has been finished.
Subscribe to the Jobe newsletter to
get a free waterproof phone bag
with your first order!
Get Code
Get Code Cart
Total price:
Continue to checkout
Click here if you have a coupon code
Jobesports.com uses cookies for an optimal website performance and social-media -and advertising purposes. Third party cookies are being used to provide you with social media functionalities and personalized ads. For more info you can read the Jobe privacy statement. We assume you accept our cookie policy if you continue to use our website.
I visit the online Jobe Expo as a