26 august 2010
On the 21st of August the London Night Jump took place in London (United Kingdom). With the addition of a new cable system on the lake, there was a cable competition during the days. The traditional late evening wakeboard boat runs and the spectacular ski jump competition under floodlights during the evening took place as well. It was a fantastic day with a high fun factor, amazing crowds and really sick rides!

Jobe was present at this big event with an own promo stand to exhibit a preview of the 2011 collection that is coming up very soon. Also free Jobe give aways like Jobe Candy and playcards were spread during the event. 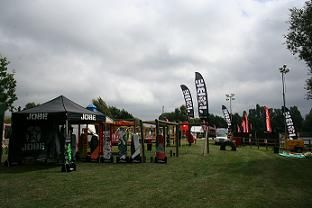