Jobe athletes in Rider of the Year!

17 january 2014
It’s Rider of the Year time again! We are three weeks into 2014 and the whole watersport industry is working hard to show their new collection at Boot Düsseldorf upcoming week. It is however very important to look back in the past aswell. The Gap Magazin in association with Mag71 does this by nominating the best athletes in their Rider of the Year competition!

Jobe is very proud on Vanessa and Ariano and wishes them the best of luck in the competition. To support Vanessa and Ariano you can vote by clicking on the link below and scrolling down towards the voting area! The results will be made public on the 24th of January at Boot Düsseldorf! 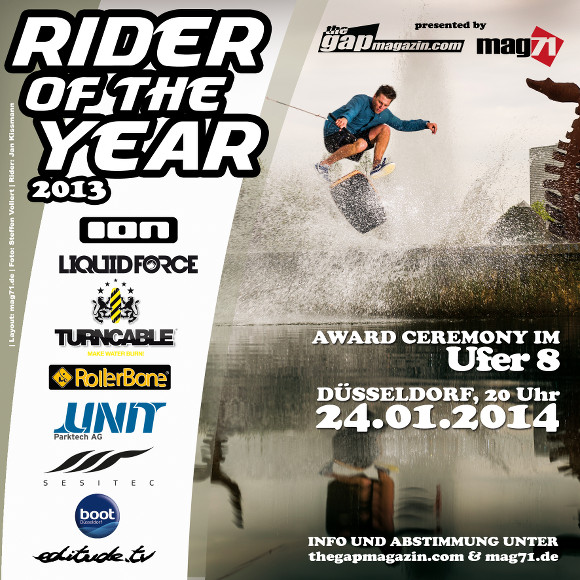 Subscribe to the Jobe newsletter to
get a free waterproof phone bag
with your first order!
Get Code
Total price
Continue to checkout
Click here if you have a coupon code or giftcard.
Jobesports.com uses cookies for an optimal website performance and social-media -and advertising purposes. Third party cookies are being used to provide you with social media functionalities and personalized ads. For more info you can read the Jobe privacy statement. We assume you accept our cookie policy if you continue to use our website.