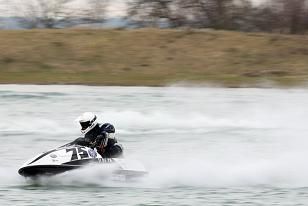 Jobe Jetski riders Max and Tom van der Valk are two very talented riders. Tom is an upcoming star and Max is already an established name in the PWC scene. They both are a part of the ValkRacing Jetski Team. Yesterday they sent us an email with an exclusive report of the 2010 UK Winter Series. Check it out!

The FINAL round of the 2010 UK Winter Series!
We went to Calais, took the ferry across the channel and arrived in Tattershall Friday night.
We checked in at Castle Lodge B&B to sleep. Next day was raceday, after arrival we teamed up with the legendary Robby de Rijcke and Jos Vloerberghs from Belgium. The weather was great and we already knew the location was nice because the first round of the winter championship was held here.

The first moto was a success; both Max and Tom finished 1st in their classes, Tom showed some really nice cornering in the split course. Max got his first win on a runabout! A fantastic result considering racing a 255hp runabout is a totally different discipline, This really shows the determination and talent of Max.
Jos, who is having trouble getting used to his new machine, had some bad luck and fell off and swimming back made him loose many positions.

The second moto Max(Ski-Open)crossed the line in 1st position and so did Tom(Ski-Novice),Tom was now in 2nd place in the Overall-standings and had to do good in the third moto.
Max, after showing that he can race anything, took a fantastic 1st place in Runabout-Stock!
Jos didn’t finish the moto in Runabout-Open due to problems.

The third and final moto of the UK Winter Series 2010. Max got the holeshot in Ski-Open and stayed ahead of the field until he passed the checked flag and became the UK Winter Series champion!! The flag was handed to him by multi-worldchampion Jim Goodchild and Max made his earned victory run.
Incredibly, Max again finished in 1st position in Runabout-Stock and won this round!1st place! His first race on a runabout! He takes 3rd place in the Overall-standings.

Tom did very well in the final moto in Ski-Novice, after an exciting race with some spectaculair passes and sharp cornering, he finished in 2nd position just behind Brittish rider T Barrett(Kawasaki SXR). This result was good enough and makes Tom the UK Winter Series champion in Ski-Novice!! The checkered flag was given to him by race director Jim Goodchild and Tom could enjoy his deserved victory run.
Jos unfortunately didnt race in the third moto. 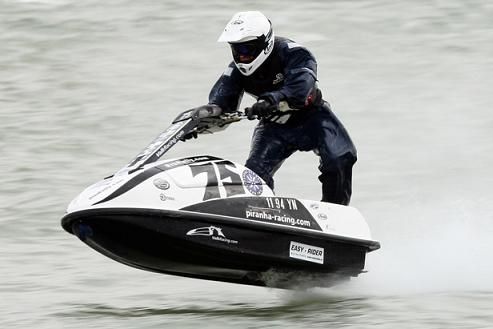 The party started and we had a great time.
We didnt have much luck with the lottery organized by the JSRA, but we enjoyed the food and drinks.
Next morning we headed for Dover, got on the ferry back to the main land and from there we drove to Holland.

ValkRacing thanks all the sponsors for their support.
A special thanks goes to Jos Vloerberghs for borrowing his RXP-X and to Robby de Rijcke for his very useful advise and technical support.
We also thank Bas and Nathalie for their support and great catering.

ValkRacing is now preparing and training for the next race in Belgium.
Check the calendar for the race dates..
There will be reports posted here after every race..

ValkRacing
Subscribe to the Jobe newsletter to
get a free waterproof phone bag
with your first order!
Get Code
Get Code Cart
Total price:
Continue to checkout
Click here if you have a coupon code or giftcard.
Jobesports.com uses cookies for an optimal website performance and social-media -and advertising purposes. Third party cookies are being used to provide you with social media functionalities and personalized ads. For more info you can read the Jobe privacy statement. We assume you accept our cookie policy if you continue to use our website.
I visit the online Jobe Expo as a