12 october 2010
We’re a little late with this news item, but we didn’t want to withhold the following information;
From the 12th of June until the 11th of September the Relentless pro wakeboard cable tour took place in several places in the UK. This tour consisted of several really big wakeboard contests.

Jobe team rider Declan Clifford took part in the King of Wake contest which is a stop of this Relentless pro tour. Declan rocked the contest and became first. Chloe Goudie participated in some other stops as well and gained the third place in the overall rankings. 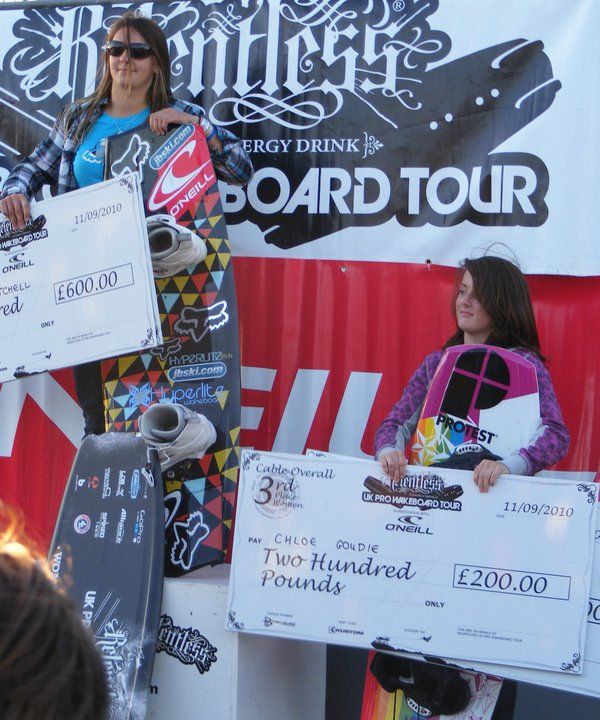